Dangerous Side Effects Have Led to the Celexa Lawsuit

Celexa® has been marketed and sold as an antidepressant for decades. Many women took the drug during pregnancy and later gave birth to children with birth defects, autism, or a combination of the two. If this has happened to you, you may have a legal claim in the Celexa lawsuit. The attorneys at Roger “Rocky” Walton, PC, in Arlington, TX, can help you take action against the negligent drug manufacturer and recover the compensation you deserve. As with other defective drug lawsuits, it is important to seek legal representation as soon as possible to avoid the expiration of the statute of limitations. To learn more about how our attorneys can help, contact our law firm online today or call (817) 429-4299. 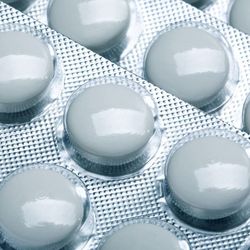 The U.S. Food and Drug Administration (FDA) approved Celexa for use as an antidepressant in 1998. Forest Laboratories, the manufacturer, marketed the drug as safe to use while pregnant. Celexa is a selective serotonin reuptake inhibitor (SSRI), similar to other SSRIs like Prozac and Lexapro. While all of these drugs are now associated with catastrophic side effects, Forest Laboratories is being held liable for failing to warn patients about the increased risks associated with the drug.

For women who took Celexa while pregnant, the drug may have resulted in a number of congenital birth defects for their children.

Negative Side Effects of the Popular Antidepressant

All medications come with side effects. While many side effects are minor and often temporary, others are severe and even life-threatening. For women who took Celexa while pregnant, the drug may have resulted in a number of congenital birth defects for their children. Birth defects associated with Celexa include:

Filing a Claim in the Celexa Lawsuit

Many of the claims in the Celexa lawsuit were filed on the basis that Forest Laboratories failed to warn doctors and patients about the catastrophic side effects. Parents are filing claims on behalf of their children who have suffered birth defects caused by Celexa.

Our attorneys understand the trials facing a child for the rest of his or her life after suffering a birth defect. We can help you secure compensation for your and your child’s pain and suffering, as well as your child’s present and potential future medical expenses. Some defects could even lead your child to need long-term care. Our experienced team can help ensure the drug manufacturer provides compensation so your child can get the care they need for life.

At the Law Firm of Roger “Rocky” Walton, PC, we have successfully represented countless clients in similar defective drug cases. We can provide you with the aggressive representation you need to get the compensation you and your child deserve. If your child was born with a birth defect or autism after you took Celexa while pregnant, contact our law firm to schedule a consultation. You can reach our firm online or call (817) 429-4299.