Pursuant to the Stay at Home Order signed Tuesday, March 24, 2020 by the County Judge of Tarrant County, our office has made more changes.  Our doors are locked, but we are working hard from our respective homes.  Our firm has cutting edge technology, utilizing the Cloud for our document storage, database and computing.  We are also paperless, so that we all have access to all the documents for each file.  In addition, our new phones are high tech so we can do everything from home that we could at the office.  I doubt that our clients will notice any difference in our great client service.  The only thing we cannot do is meet in person with our clients as long as the Order is in effect.

We will continue expediting our claims and when we make a recovery approved by our client we will continue to expedite the disbursement process.  We are all available by phone, email and Zoom video conferencing.

As long as the doctors’ offices remain open our clients can get the treatment they need.  As long as the insurance adjusters work from home, we can still make our demands and negotiate settlements.

For our cases in litigation, there may be some delay in hearings and trials, but that is beyond our control.  However, we are trying to make it possible to do depositions, mediations, etc.

We hope this Shelter In Place Order ends soon; however, our firm will continue to provide the absolute best legal services possible.

- The Law Firm of Rocky Walton

Lexapro® is most often used to treat depression and generalized anxiety disorder (GAD), and was marketed as being safe for pregnant women. Studies later found that taking the drug while pregnant could result in birth defects. Parents of children born with birth defects resulting from Lexapro® use during pregnancy are entitled to compensation by the drug manufacturer, Forest Laboratories. Roger “Rocky” Walton is a Lexapro® lawsuit attorney who can assist clients in the Arlington, TX, area with the filing of their claims against the manufacturer. To review your case and learn more about taking legal action, contact our law offices today.

Lexapro® is a member of the popular class of antidepressants called selective serotonin reuptake inhibitors (SSRIs). These drugs work by controlling levels of serotonin to treat major depressive disorder (MDD), generalized anxiety disorder (GAD), and more. Approved by the FDA in 2002, the drug was originally indicated for use in both adults and children over the age of 12. By 2004, the FDA mandated the addition of a black box warning informing physicians and patients of the catastrophic risk of suicidal thoughts and tendencies in patients under the age of 25. Just two years later, the FDA issued an advisory informing consumers of the risks of birth defects when SSRIs are taken during pregnancy.

Lexapro® has a long list of side effects, such as headaches, weight gain, insomnia, nausea and vomiting. These side effects typically subside after a few weeks of taking the drug. Lexapro® can pose more catastrophic risks, however, especially for patients who take the drug while pregnant.

Parents of children born with catastrophic defects resulting from Lexapro® use during pregnancy are entitled to compensation by the drug manufacturer, Forest Laboratories. 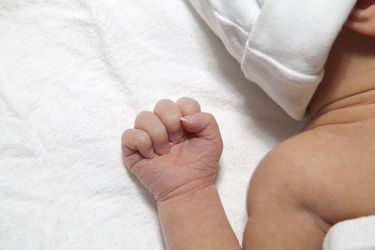 Studies have found that taking SSRIs such as Lexapro® while pregnant leads to a 200% increased risk of having a child with autism spectrum disorder (ASD). Boys born to mothers who took an SSRI during pregnancy are three times as likely to receive an ASD diagnosis.

Settlements in the Lexapro® Lawsuit

Numerous individual lawsuits have been filed against Forest Laboratories and Forest Pharmaceuticals, which have been consolidated into multidistrict litigation (MDL). Two separate class action lawsuits have also been filed. Families whose children have suffered severe birth defects have filed a majority of the lawsuits. These claims allege deceptive marketing practices by the manufacturers.

Previously, a suit was brought against the manufacturers for marketing the drug for non-approved uses, concealing negative trial results, and providing monetary compensation to doctors who prescribed the drug. This lawsuit was settled in 2010 for more than $300 million.

Our Lexapro® Lawsuit Attorney Can Help You

If your child has suffered severe birth defects resulting from Lexapro® use during pregnancy, you need an attorney on your side to defend your rights. Roger “Rocky” Walton has extensive experience in defective drug litigation and will build a compelling case on your behalf. Caring for a child with autism or severe birth defects can cost a family more than $2 million over his or her lifetime. Mr. Walton will ensure you receive the full compensation needed to provide your child with adequate care for the rest of his or her life, and to cope with resulting trauma suffered by both you and your child.

If your child has suffered severe birth defects related to Lexapro® use during pregnancy, contact our law firm today to book your free case evaluation. Mr. Walton is prepared to fight for the compensation you deserve.