If you or a loved one has experienced harmful side effects after taking Zoloft®, you need legal representation to pursue the compensation you deserve. This widely prescribed antidepressant has caused catastrophic birth defects in children born to mothers who took Zoloft® during pregnancy under the assumption that it was a safe drug. To ensure you and your child receive the compensation you need to rebuild your lives and pay for necessary medical expenses, schedule a free consultation with Zoloft® lawsuit attorney Roger “Rocky” Walton in Arlington, TX. 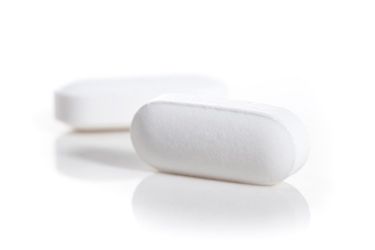 Zoloft® is one of the most widely prescribed antidepressant drugs, bringing in billions of dollars in sales for Pfizer, the manufacturer, since the FDA approved the drug in 1999. It is a second-generation antidepressant in a class of selective serotonin reuptake inhibitors (SSRIs), which control serotonin levels in the brain. Although most commonly prescribed to treat major depressive disorder (MDD), Zoloft® is also often prescribed to treat other disorders, including post-traumatic stress disorder (PTSD), premenstrual dysphoric disorder (PMDD), and obsessive-compulsive disorder (OCD), among others.

This antidepressant has caused catastrophic birth defects in children born to mothers who took Zoloft® during pregnancy under the assumption that it was a safe drug.

Side Effects of Zoloft®

As with most prescription drugs, Zoloft® has a number of minor side effects. Most of these side effects typically subside after a couple of weeks of use:

Suicidal thoughts are more common in children and adolescents taking Zoloft®. The FDA mandated the addition of a black box warning informing physicians and patients of this increased risk. Sexual dysfunction usually does not subside.

Zoloft® is also associated with some catastrophic risks, especially for women who are pregnant. Studies have shown that taking Zoloft® during pregnancy, particularly in the second and third trimesters, can lead to catastrophic birth defects, including:

While SSRI use during pregnancy can cause catastrophic risks, research has shown that taking the drug up to a month before conception can also cause defects.

More than 200 lawsuits have been filed against Pfizer regarding the injuries caused by Zoloft®. These lawsuits have been compiled into multidistrict litigation (MDL) for faster processing, as more lawsuits are expected. These lawsuits allege Pfizer failed to provide adequate warnings regarding the risks of taking Zoloft® during pregnancy, among other allegations. Parents, and even the affected children themselves, have filed lawsuits against Pfizer for damages suffered as a result of their injuries. A majority of these cases are still pending settlement or trial.

If you took Zoloft® before or during your pregnancy and your child has suffered a birth defect as a result, you need legal representation. Roger “Rocky” Walton can help you hold the drug manufacturer responsible. He will work diligently to secure compensation for your child’s injuries, medical care, and more.

Learn More about Filing a Lawsuit

Contact the Law Firm of Roger “Rocky” Walton, PC today to schedule your free consultation. He can help you understand your rights and assist you throughout the lawsuit.