Car accidents happen more frequently than most people realize, and can change your life in a split second. According to the Texas Department of Transportation, nearly 4,000 deaths from violent car accidents occurred in 2020. That is approximately one death every 2 hours and 15 minutes in Texas. People often forget that they are operating heavy machinery and high speeds and one reckless mistake can completely change, or end someone else’s life. While you cannot control other people’s actions while behind the wheel, you can control who you hire for great legal representation. Car accident lawyer, Roger “Rocky” Walton, is a board-certified specialist who fights for his clients like he would fight for his own family. He and his staff are dedicated to helping his clients reach maximum recovery.

In the early morning of Saturday, November 6, 2021 at approximately 9:15AM, a major car crash involving several vehicles occurred in Grand Prairie on westbound on I-20. According to the Fort Worth Star-Telegram, there was heavy traffic near Belt Line Road, and three vehicles failed to control their speeds and slammed into the slowing traffic ahead of them. The three vehicles involved were two SUVs and one passenger car. The drivers of the SUVs sustained minor injuries; however, a young, 8-year-old child later succumbed to their injuries and was declared deceased at the hospital. The Dallas County Medical Examiner's office continues to investigate the nature of the childs injuries; however, we suspect it was blunt force trauma to the head or spine. The identities of the victims have not been identified, and according to the Grand Prairie Police Department, no charges are expected to be filed. 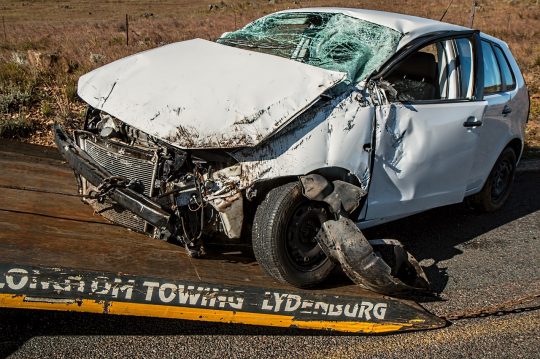 God, Please be with the parents as they mourn the loss of their child. Wipe their tears when it just seems too heavy for them. Help them to know that you are in control and that there will be a day when all the heartache and brokenness of the world will be gone forever.

According to Rocky Walton, many factors can contribute to a car crash.

After being involved in a car accident, it is important to receive compensation for any damages, and also evaluate all of the factors that could have contributed to the crash. To find out how Roger “Rocky” Walton can help you collect the compensation you are due for your losses, contact our practice online or call us at (817) 429-4299.