On Friday, December 3, 2021, at approximately 11:30PM, 16-year-old, Cole Hagan, nearly lost his life after a classmate beat him allegedly over a girl.  Cole was at a house party on Cherrywood Court in Lake Jackson, Texas which is a well-established neighborhood with very large, expensive homes. Cole was lured out of the house by classmates after telling Cole his vehicle had been hit.

Once outside, Cole was attacked by 17 year-old, Reid Mitchell. Reid apparently punched Cole, slammed him to the ground and threw three or four hard elbows. Mr. Mitchell left Cole in the road, unconscious and bleeding from his ears. 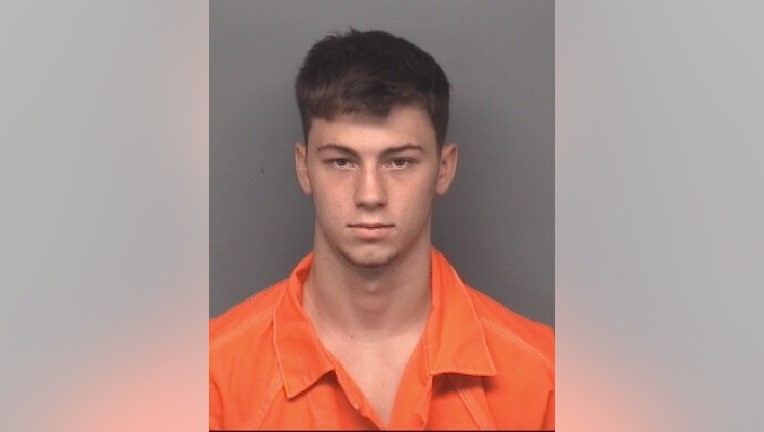 Cole was immediately taken by ambulance to the nearest trauma center, Memorial Herman Hospital. Unfortunately, Lake Jackson is in a rural area of south Texas, and the ambulance ride was over 50 miles. Once admitted to the hospital, Cole was diagnosed with multiple skull fractures, a fractured clavicle and other injuries. Cole remains in the hospital in critical condition.

Cole suffered a traumatic brain injury which is a permanent injury that he will have to live with for the rest of his life. His passion of playing football and other sports are no longer an option. He will likely struggle academically, mentally and physically because of his injuries for the remainder of his life.Brain injuries are known to cause: headaches, nausea, vomiting, synope, dizziness, fatigue, drowsiness, speech/vision/hearing deficits, smell/taste changes, memory loss/cognitive delays, light/noise sensitivitity, sleep disturbances, personality/behavior changes and increased irritability.

Reid Mitchell as well as his accomplices, 17-year-old Logan Huber and 18-year-old Ayden Holland have been arrested and charged with aggravated assault. They will all likely be tried as adults. Not only should there be criminal charges against these criminals, but the Hagan family should seek civil damages against the criminal’s parents.

If you or a loved one has sustained serious injuries from an assault, please call board-certified personal injury trial attorney Roger “Rocky” Walton for a free consultation. We have a team of personal injury trial law advocates who work hard and keep clients constantly informed. Contact us or call/text us at 817-429-4299.