On Sunday, December 19, 2021, 18-year-old Christopher Fowler caused a serious head-on collision in Rhome, Texas on US Highway 287. At approximately 1:30AM, Christopher was driving north in southbound lanes in a Nissan SUV while likely under the influence of drugs and/or alcohol. The victims were a family of six and a young, 5-year-old boy was killed upon impact and a 14-year old boy had to be taken by air EMS to the nearest children’s trauma hospital in downtown Fort Worth, Texas nearly 30 miles away from the crash scene.

Authorities state that Mr. Fowler immediately fled from the crash scene failing to render aid or contact local authorities. Fortunately, local police in Rhome and DPS state troopers found Mr. Fowler at his home in Northlake, Texas and he was arrested. Mr. Fowler is currently pending charges of manslaughter and an accident involving death or serious injuries. Police are further investigating the crash including Mr. Fowler being under the influence of alcohol and/or drugs. 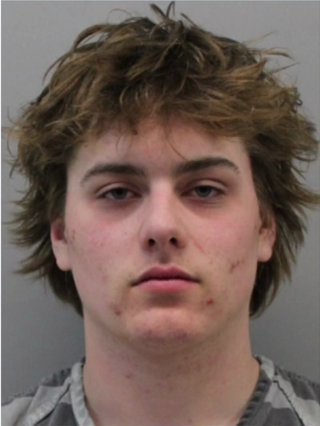 While we hope Mr. Fowler is prosecuted as much as possible in the criminal case, the family of victims should also pursue a civil claim against Mr. Fowler. At a young age of 18, Mr. Fowler likely lives with his parents in Northlake and likely has auto coverage through his parents. While we do not know the auto insurance limits at this time, residents of wealthy towns such as Northlake typically carry more insurance than the average driver. The median home value in Northlake, Texas is $500,000.

In cases like this, it is very important that a civil attorney is hired immediately to protect and preserve important evidence by sending the defendant and their insurance company preservation of evidence notices. Rocky Walton would also order open records and send notices to local businesses that might have video surveillance.

Even in loss, we know that our Father in heaven is with us.  “He heals the brokenhearted and binds up their wounds”. Psalms 147:3  We ask you Lord,  to bless those who are hurting with your comfort and peace.

Our office is available for a free consultation. Board-certified personal injury trial attorney Roger “Rocky” Walton has helped many crash victims involved in motor vehicle crashes over the last 40 years. Contact us online or call/text us at 817-429-4299.