Just before noon on Monday, March 14, 2022, a reckless 18-Wheeler driver caused a massive crash on southbound 287 between Mansfield and Midlothian reported DFW Scanner. At approximately 12:00P8/M, numerous emergency agencies responded to the crash scene including Grand Prairie and Midlothian Fire and EMS, Ellison County Sheriff's Office, and Grand Prairie and Midlothian police departments. Preliminary investigations show that a negligent 18-wheeler driver failed to control his speed and pay attention. This resulted in the 18-wheeler slamming into three vehicles killing two drivers, and leaving the third relatively unharmed. Careflite had to airlift one person from the scene. It is unclear at this time which of the victims was airlifted in this fashion. Police reported that both of the slain victims were men though their identities have not been released to the public at this time. The accident closed down multiple lanes of highway 287 while police investigated and cleared the crash zone. The thoughts and prayers of the firm are with the victims and their families in this horrible time.

Dear Lord as we walk behind you in the darkness let your light guide us from feelings of despair and guilt. May your love surround us and strengthen us in this time of grief and suffering, and may you heal our hearts and uplift our spirits with your presence Lord. We ask this in your name with all the glory and honor to you. Amen. 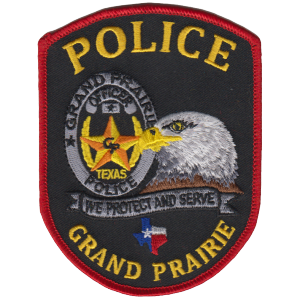 In many cases involving an 18-wheeler or other commercial vehicles, fatalities are exponentially more likely due to the massive weight and force stored behind these vehicles. Their size also makes them harder to stop in time to avoid accidents when traffic is congested. In that way, the driver of the 18-wheeler should have been monitoring their speed to avoid such a collision in the first place. Police are still investigating whether there was any sign of intoxication, distraction, or vehicle malfunction that stopped the driver from recognizing the danger of their speed at the time of the accident.

In cases such as this, it is often prudent for the families of those affected by the crash to retain the services of a skilled attorney. Doing so would stop the insurance and trucking company from giving the families less than what they are owed. Roger “Rocky” Walton is a board-certified attorney with decades of experience in commercial vehicle wreck and fatality cases.

If you or your family have been injured in a vehicle collision due to a commercial vehicle such as an 18-wheeler, and are fighting to ensure you get what you are owed by the insurance companies, contact our practice online or call us at (817) 429-4299.