Early morning Sunday, March 6, 2022, a collision took place at approximately 5:00 AM reported Fox 4 news. The collision involved two vehicles both of which were headed in the same direction down I-35 West in Fort Worth. Video footage of the crash was captured on the victims’ dash-cam. Police believe that the driver who caused the incident failed to make sure all lanes were clear before merging over resulting in an unsafe lane change. High speeds were likely involved in this crash as well. The vehicle struck the victim's vehicle which has been identified as, Cristal Duffin. The unnecessary crash caused Mrs. Duffin's vehicle to spin out losing control of her vehicle in the process. Mrs. Duffin’s vehicle ended up in the grassy embankment where she watched as the other unknown male driver stared at her and then fled from the scene. Mrs. Duffin's husband, Eric Duffin, who had been sleeping at the time of the crash rushed to the crash scene to check on his wife. Mr. Duffin who had installed the dashcam after a previous accident saw the incident occur an hour later after giving time for the video to be downloaded. Both Mr. and Mrs. Duffin expressed their disgust at how the driver handled this situation. The Duffin family has released the video of the accident to the public in hopes that sharing it might bring the driver responsible to justice. At this time, the public or police have still not identified the perpetrator. Mrs. Duffin suffered from a bad neck injury from this crash but she is thankful that it was not worse.

While the defendant has not been identified, we hope that the Duffins file a claim on their auto policy under their Uninsured Motorist Coverage. This coverage protects you in the event you are hit by a driver with no insurance or when you are involved in a hit-and-run crash such as this. The Duffins also might have a Personal Injury Protection policy to help with some of her medical bills as well as 80% of lost wages. PIP coverage is typically $2,500 to $10,000. We highly encourage everyone to carry UM and PIP coverage in the event of a situation such as this.

According to the national highway, traffic safety administration the state of Texas has the second-highest number of fatal hit and runs behind California. Though this accident was thankfully non-fatal, it could have been much worse. Thankfully, Fort Worth police will be able to check the dash-cam footage and utilize it to discover the identity of the errant driver. Without the footage and due to the speed at which the accident took place it is unlikely the offending driver would ever be caught and punished for his crime. The dash-cam would also serve as valuable proof to the insurance company that the accident was not Mrs. Duffins' fault. This is greatly important, as insurance companies have been known to place the blame on innocent drivers to avoid having to pay out damages for the cost of the vehicle's repairs. 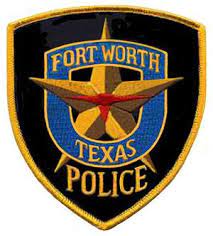 In times such as this, it would be prudent for the Duffins to retain the services of a lawyer that would be able to help them navigate the insurance companies and make sure that they are given all that they are owed. Roger “Rocky” Walton is a board-certified attorney with decades of experience dealing with auto accidents and has the knowledge necessary to ensure that the insurance company pays out all that they owe.