Harley Collides with Back of Toyota causing Fatality in Dallas By Rocky Walton on March 28, 2022

A tragedy occurred on Sunday morning, March 27, 2022, as a motorcycle struck the back of a 2019 Toyota shortly before 4 AM in Dallas stated NBCDFW. Police stated that a currently unidentified 30-year-old man was riding a black 2015 Harley Davidson Motorcycle at high rates of speed down Skillman Street towards Velasco Avenue. The driver of the Toyota had been traveling Westbound on Velasco Avenue and halted for a stop sign at Skillman Street. The unidentified driver of the Toyota truck failed to yield the right of way and continued traveling northbound. In doing so the truck gave the rider of the motorcycle no time to stop, and as a result, caused him to smash into the back left of the truck. Emergency services including Dallas PD along with Fire and Rescue raced to the scene. The strength of the impact sent the truck careening onto the Westside curb of Skillman Street. Dallas Fire and Rescue transported the driver of the Toyota to a nearby hospital with minor injuries sustained in the crash. The driver of the motorcycle was pronounced dead at the scene by paramedics. The incident is currently under investigation at this time by Dallas Police. The driver of the Toyota has not yet been charged with a crime. The firm and its associates would like to extend their sympathies to the family of the deceased in this horrible time.

Lord may your healing light shine down upon the victims and their families. May you heal their bodies and their spirits Lord. Lord may you lead them through the darkness of their pain and grief with the shining light of your love Lord. We ask this in your name with glory and honor to you Lord. Amen. 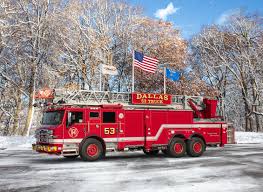 In situations such as these, it is important to look at the facts of what happened to get the full picture. Often time’s accidents like this can be very messy when it comes to assigning blame against a specific party. In this instance, the Harley rider was moving at faster speeds than they should have been to give themselves time to stop. While the driver of the Toyota should have yielded the right of way as the law dictates. If either of these things had been changed it is unlikely the crash would have occurred. Wherever the blame might fall, the families need to retain the services of a lawyer, who has the experience to traverse the turmoil that comes after an auto crash. Roger “Rocky” Walton is a board-certified accident attorney with decades of experience in fatal vehicular collisions. Rocky Walton and his legal team will work tirelessly to ensure that the victims and their families receive all the damages they are owed.

The stress of pain and grief does not need to compound with worries over insurance claims and court fees. To find out how Roger “Rocky” Walton can help you collect the compensation you are due for your losses, contact our practice online or call us at (817) 429-4299.