Crash in Dallas as a SUV Smashed into a Minivan Killing One By Rocky Walton on March 30, 2022

A serious crash occurred on Friday, March 25, 2022, when an SUV driver hit a minivan in West Oak Cliff said Dallas Morning News. The driver of the hit-and-run vehicle a black Lexus SUV was speeding while going east in the 3400 block of West Illinois Avenue at about 5:30 p.m. The impact of the SUV striking the minivan sent it to a curb before it struck a utility pole and two trees. The impact from the minivan striking the trees sent one into the van causing it to strike one of the passengers a 16-year-old girl. Dallas Police say that the girl was taken to the nearby hospital where she was later pronounced dead. The driver of the minivan was hospitalized with non-life-threatening injuries. The driver of the Lexus SUV ran from the scene without stopping to check on the passengers of the struck vehicle. Dallas PD stated that they found the man at a gas station several miles away, where they then took him into custody. Dallas PD says that charges are pending at this time. The firm and its associates would like to extend their condolences to the families of the victims in this hard time. The names of both drivers and the passengers have yet to be revealed by the police.

Dear Lord may your grace shine through those who have been affected by this terrible incident. May your healing light shine through the victims to spur their healing, Lord. Give those who are hurting relief and acceptance of their grief Lord. We ask this in your name with all the glory and honor to you Lord. Amen. 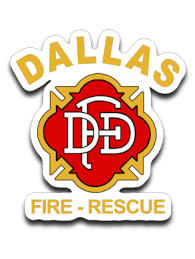 In many cases, accidents are not cut and dry depending on the circumstances, yet in this case, it is readily apparent where the blame would fall. The driver of the SUV should be held accountable for not only the medical bills of the surviving victim but also the funeral costs for the victim that died resulting from the crash. The families of the victims should look into reaching out to an attorney who has experience dealing with insurance companies and retrieving damages from all guilty parties who might be culpable for the crash. Roger “Rocky” Walton is a board-certified attorney with decades of experience dealing with fatal car accidents, including fighting for the utmost amount of damages to be rewarded by the court.

The person responsible for this terrible accident should be held accountable for all damages related to the crash. To find out how Roger “Rocky” Walton can help you collect the compensation you are due for your losses, contact our practice online or call us at (817) 429-4299.