A Fire Truck Smashed into a San Antonio Apartment Building April 5 By Rocky Walton on April 06, 2022

Dear Lord, please watch over those who have been affected by the tragedy of losing their homes. Please give them the strength to pull through until they can recover. Lord, please bless those who are there to help and give them the grace to continue their good works Lord. We ask this in your name with all the glory and honor to you. Amen. 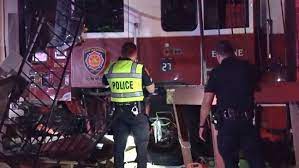 It is not often that an emergency first response vehicle is struck especially around other vehicles if they are on call. Though accidents happen especially at night. Without more information on the driver and their mental state, it is impossible to know if the driver was impaired in some way. Most often impairments come in the way of alcohol, narcotics, or exhaustion along with night driving. While common distractions that slow down reaction times are cell phone usage and eating. If the Richardson police deem to release more information on the crash it will become apparent which of these factors were at play. Amid the dozens of things going through the victims' heads right now hiring a lawyer is likely not high on the list. Though this is often a mistake, as hiring an attorney is likely to take a lot of the stress out of dealing with insurance companies among other entities. Roger “Rocky” Walton is a board-certified accident attorney with decades of experience dealing with vehicle accident cases.

To find out how Roger “Rocky” Walton can help you collect the compensation you are due for your losses, contact our practice online or call us at (817) 429-4299.