On March 30, 2022, an elderly man was killed while biking on Stassney Lane reported KXAN. The crash reportedly took place just before 9 AM in the 6300 block of East Stassney Lane. Austin police department arrived on the scene after reports came in of the collision occurring. The driver of the car fled the scene of the accident. Austin police have identified the cyclist as 74-year-old, Keith Culver. Culver was rushed to the hospital by first responders with life-threatening injuries, but despite doing their best he died the following day. The Austin police department described the car as a small, four-door, dark-colored vehicle. Austin police have set up a tip line to help with finding who might have been responsible for the crash. We encourage anyone with any information to call Highway Investigation Tip Line at 512-974-8111. The firm would like to extend its condolences to the family of Mr. Culver at this time. May he rest in peace.

According to his obituary, Mr. Culver was an avid bicyclist and was pursuing his third trip bicycling across the United States when this horrific crash occurred. He was known to be a brilliant man with a master's degree in accounting and he had a love for Kansas State University.

Dear Lord hear our prayers and welcome your child through the gates of heaven with open arms. Give peace to the grieving and guidance to the lost. We ask this in your name with all the glory and honor to you. Amen. 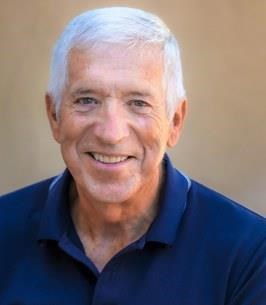 Hit and runs are some of the worst vehicular crimes, as the minutes the driver spends leaving could have been used to possibly save a life. Not only this but those who stay and render aid are normally given harsher sentences if they are even charged at all. Without staying to give their side of the story though, these people have not only condemned themselves, but potentially the person they hit who might have been savable. Running from the scene of the crime also puts undue pressure on the family of the victim. It robs them of closure that is often needed to process traumatic events such as this, and begin the healing process. It also leaves the family to deal with insurance, medical, and funeral expenses on their own with no one to fall back on for the blame. In times like those, it would be important for the family to retain the services of a certified attorney to deal with the many legal uncertainties and loopholes. Roger “Rocky” Walton is a board-certified attorney with decades of experience dealing with pedestrian and wrongful death claims. Rocky Walton has the experience to obtain the maximum amount of damages allowed for the loss of a loved one.

The person responsible for this terrible accident should be brought to justice and forced to pay for his crimes both in criminal and civil court. To find out how Roger “Rocky” Walton can help you collect the compensation you are due for your losses, contact our practice online or call us at (817) 429-4299.