Travis County increasingly becomes more and more dangerous as others from the United States flock to the county to be a part of the progressive, urban culture. On Friday, April 9, 20222, a massive crash took place that left several people injured reported CBSAUSTIN.

At approximately 8:18 PM near 1800 Barton Springs Road, two vehicles collided leading them to smash into a nearby food truck. The food truck has been identified as the Holla Mode Ice Cream food truck that locals rave about. EMS officials reported that a white pick-up and a silver car T-Boned crashed into each other. It is unclear at this time which of the vehicles instigated the crash. 11 adults were involved in the accident nine were transported to either Dell Seton Medical Center or South Austin Medical Center with various degrees of injuries, including one of the drivers; two with serious, potentially life-threatening, and seven people with non-life-threatening. The other two injured individuals refused medical transportation. At this time, Austin Police Department has not released the names of the victims to the public. The police are still looking into what might have caused the accident at this time. The firm would like to wish all the victims of this accident a speedy recovery. The involved parties can purchase a copy of their crash reports at this website: https://cris.dot.state.tx.us/public/Purchase/

At this time, it is still unclear what caused the accident, but eyewitness reports state that the truck might have been speeding when the crash took place. However, at this time the police have not stated if the driver of the truck is to blame for the T-Bone collision. Without more information, it is difficult to ascertain if the accident had any mitigating circumstances. Circumstances would normally be inhibitory substances such as alcohol or drugs, though statistically, it is less likely for drug use to be involved this early in the evening. Normally drug or alcohol use is seen around 12 AM to 3 AM when people are less likely to be out on the roads. Along with reduced police activity which lessens the risk of being caught. With this accident taking place so early in the evening, speeding, along with phone use was likely responsible for this accident. Distractions such as this are normally the cause of accidents that involve multiple vehicles early in the night. 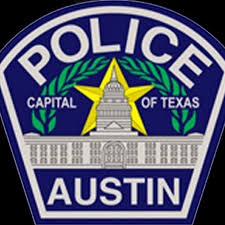 In accidents that involve multiple people such as this, the families of the victims need to retain the services of an attorney. Doing so would allow them to deal with the insurance and workers comp claims that would come from the accident. It would also help the victims to retain the maximum amount of damages they would be owed from their insurance, something that insurance companies are loathed to give when they don’t have to. Roger “Rocky” Walton is a board-certified attorney with decades of experience dealing with vehicle collision and pedestrian accident cases.

The person or parties responsible for causing this horrible accident, and injuring so many should be held accountable for all damages related to the crash. To find out how Roger “Rocky” Walton can help you collect the compensation you are due for your losses, contact our practice online or call us at (817) 429-4299.