On Wednesday, April 13, 2022, a fatal crash occurred in Richardson, Texas on North Central Expressway (US 75) reported CBS News. A Dodge Ram pickup truck smashed into the back of a Lexus sedan that was stopped in a left lane. It is unknown if the sedan was stopped due to traffic. The crash occurred at approximately 3:22 AM in the 2000 block of N. Central Expressway also known as US 75, a highway that is known for high speed, fatal crashes in Texas. Richardson Police Department rushed to the scene to help with the accident and save those, they could. The passenger of the Lexus was found to be dead at the scene with no chance of revival. The driver of the Lexus was taken to the hospital with non-life-threatening injuries. The driver of the Dodge pickup truck was unharmed by the accident. The names of the deceased and those injured in the crash have not yet been released to the public. The firm would like to extend its condolences to the deceased and their family at this time.

Dear Lord, please take the grieving into your healing light so that their spirits may recover Lord. Please give them the knowledge to know that those who are gone rest forever with you in paradise. In Your name, we pray. Amen. 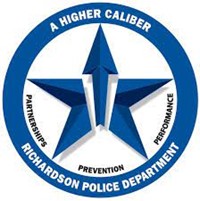 At this time, very little is known about the crash as the Richardson police department is still working out the investigation. Until more information is released, it is impossible to say whether the crash was caused by negligence or if substances of some kind were, involved that might have impaired the driver’s reaction time. Most substances that would cause impairment would be drugs or alcohol, though exhaustion and night driving can also be big factors. Taking into account the time of the accident poor visibility and exhaustion would make the most sense. Regardless all parties need to seek out the consultation of a board-certified attorney. Reaching out would allow the families to focus on the grieving process and not worry about the myriad of issues that come from both the insurance companies and other groups that might surface looking for a payout. Roger “Rocky” Walton is a board-certified accident attorney with decades of experience dealing with vehicle collisions and wrongful death claims. Rocky Walton and his legal team will work to ensure that clients receive the greatest compensation for their claims from the insurance companies.