Teen Killed Near Wills Point Highschool on Tuesday May 17 By Rocky Walton on May 19, 2022

A teenager was killed, and three others injured in a crash near Wills Point High School reported DFW Scanner. On Tuesday, May 17 at 7:00 PM emergency first responders were called to Highway 80 near FM 2965 in front of the Wills Point High School. On arrival, the Wills Point police department found an 18-wheeler and a passenger car involved in a crash that injured multiple people. The driver of the passenger vehicle was pronounced dead at the scene by EMS. The three other minor individuals were taken to Tyler hospital to be treated for their injuries. Wills PD has yet to release the condition of any of the minors involved in the accident. The driver of the 18-wheeler was evaluated by medical professionals and not taken to the hospital for treatment. Wills PD has started an investigation into the cause of the accident but has not yet released a statement on the event. The name of the deceased individual has not yet been released to the public. The firm would like to extend its condolences to the families of all those affected by the crash at this time.

Dear Lord, please watch over those that were injured in this accident and place your healing hands upon their bodies and spirits lord. We ask this in your name with the glory and honor to you. Amen. 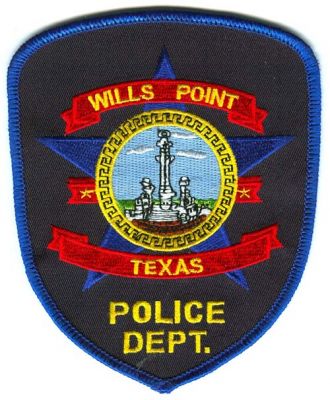 While the Wills Point PD continues their investigation into the crash more information will become available in the future. At the moment it is unknown whether the driver of the 18-wheeler was unable to stop or the driver of the car misjudged the distance between the two. The time at which the accident occurred means that it would still be light outside. This would mean that overall visibility would not have been a factor in the accident taking place. The normal causes of accidents according to the Texas Department of Public Safety are due to inhibitory substances, visibility issues due to inclement weather, or bad night vision. Distracted driving through phone calls and messages along with eating while driving or passengers in the car are also common reasons. Any one of these could have affected either of the two vehicles' drivers. One option available to both sides is to retain the services of a board-certified attorney to help with the insurance companies and civil claims. Roger ‘Rocky’ Walton is a board-certified attorney with decades of experience dealing with commercial vehicle accidents and wrongful death cases. Roger Walton and his legal team would work tirelessly to make sure that clients are awarded the largest amount of damages possible.

The person or parties responsible for this terrible car accident should be held accountable for all damages related to the crash. To find out how Roger “Rocky” Walton can help you collect the compensation you are due for your losses, contact our practice online or call us at (817) 429-4299.