Many women have experienced life-threatening blood clots after using NuvaRing®. If you or a loved one has been injured by this birth control device, you may be entitled to significant compensation. Despite its popularity as the only FDA-approved vaginal birth control ring, the device is associated with some severe and life-threatening side effects. Thousands of lawsuits have already been filed against Merck, the manufacturer, many of which were settled in 2014. More lawsuits are expected, and NuvaRing® injury lawyer Roger “Rocky” Walton in Arlington, TX, can help you secure the compensation you deserve. If you have suffered as a result of catastrophic side effects caused by NuvaRing®, contact our law office today to schedule a meeting and discuss your case.

NuvaRing® is a form of vaginal birth control. The two-inch ring is inserted vaginally once a month to prevent pregnancy, and is removed for a period of one week to allow for normal menstruation. The FDA approved the birth control device in 2001, and it has become a popular form of birth control, primarily for its convenience. The ring works by changing the cervical mucous, which makes it difficult for sperm to bypass the cervix, thus preventing pregnancy.

Because the hormones in the device are released and absorbed directly by the body (as opposed to oral contraceptives), the risk of catastrophic side effects can be significant. Most notably, these risks include blood clots, heart attack, and stroke. Deep vein thrombosis (DVT) and pulmonary embolisms, or blood clots in the lungs, are a common and life-threatening side effect of the device.

Despite its popularity as the only FDA-approved vaginal birth control ring, the device is associated with some severe and life-threatening side effects. 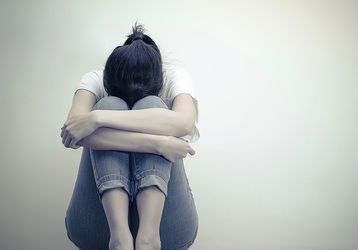 NuvaRing® is also associated with:

Settlements in the NuvaRing® Lawsuit

Thousands of lawsuits have been filed against the manufacturer, Merck, since 2008. In 2014, Merck settled over 1,500 lawsuits for a total of $100 million. The lawsuits allege Merck and the device’s previous manufacturers, Organon and Schering-Plough, concealed and downplayed the dangerous side effects. Lawsuits also allege the manufacturers’ failure to warn physicians and patients of the increased risk of pulmonary embolisms. Other allegations include failure to properly test the device, deceptive and negligent marketing of the drug, defective design, and more.

a NuvaRing Injury Lawyer Can Help

If you have suffered severe side effects after using NuvaRing® birth control, you need an experienced lawyer on your side. Roger “Rocky” Walton has extensive skills in defective drugs and medical devices and can build a strong and persuasive case on your behalf. He will seek compensation for the damages you have suffered, including your physical injuries, emotional trauma, and medical expenses.

If you have experienced a life-threatening injury after using NuvaRing® , contact the Law Firm of Roger “Rocky” Walton, PC to schedule your free consultation and discuss your legal options. We can help you secure the compensation you need in order to rebuild your life after suffering the side-effects of this birth control device.